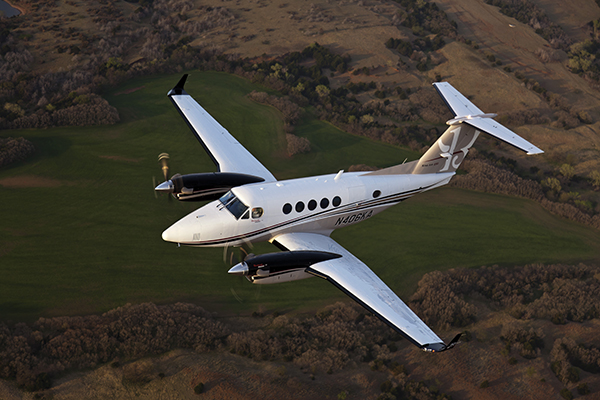 On March 19, the White House nominated longtime Delta Airlines executive Steve Dickson to the position of administrator of the Federal Aviation Administration (FAA).

Dickson was with Delta for 27 years, retiring in 2018 as senior vice president of global flight operations. During his tenure with the airline, he was responsible for training, technical support, and regulatory compliance for more than 13,000 pilots. He is a graduate of the U.S. Air Force Academy and flew F-15s during his military career.

National Business Aviation Association (NBAA) President and CEO Ed Bolen stated, “Steve is a leader whose comprehensive understanding of our national air transportation system, and the efforts underway to keep building a ‘Next Generation’ system, are second to none. NBAA has worked closely with Steve for many years, and we welcome his nomination.”

“We look forward to working with Steve in support of the continuing modernization initiatives that ensure America’s aviation system remains the world’s best,” Bolen continued.

Pending Senate confirmation, Dickson will succeed Dan Elwell, who has been serving as acting administrator for the past 14 months.

NAT Ops Bulletin 2018_004 gives guidance to NAT operators on material they should include in pilot and dispatcher training programs and operations manuals to prepare them for NAT operations under ASEPS. The bulletin includes a description of a limited expansion of the performance-based communication and surveillance tracks.

Canada to Decommission VORs and NDBs

Nav Canada, the country’s provider of civil air navigation services, has finished a study of navigation aids and concluded that “given the comprehensive radar surveillance coverage, and the propensity of area navigation (RNAV) with global navigation satellite system (GNSS) equipped aircraft, many VOR and NDB navigation aids (navaids) are no longer required and should be decommissioned.”

The decommissioning process will be accomplished in 15 phases over the next seven years. Where a current NAVAID identified in the study serves as an instrument approach aid or anchors an airway segment, Nav Canada said it will “ensure that a RNAV/GNSS instrument approach procedures or RNAV airway segments are published, where required, before removal of the identified NAVAID.”

Aeronautical information circulars (AICs) will be published for each upcoming phase, Nav Canada said. The first phase, consisting of decommissioning some 20 navaids are listed below and will start April 25. Corresponding aeronautical charts will also be amended.

In late March, NBAA President and CEO Ed Bolen joined with Dan Elwell, acting administrator of the Federal Aviation Administration (FAA), to issue a reminder to the business aviation community to install Automatic Dependent Surveillance-Broadcast Out (ADS-B) equipment on their aircraft before the FAA’s Jan. 1, 2020, deadline.

The FAA first published its ADS-B rule in May 2010, as a significant step toward its Next Generation Air Transportation System (NextGen), which will replace radar-based aircraft position reporting for air traffic control (ATC) with satellite-derived, GPS data.

As of January 2020, ADS-B Out will be required to operate an aircraft in much of the nation’s controlled airspace, including at and above flight level 180 and in areas surrounding Class B and Class C airports. The FAA order also mandates ADS-B equipage for operations in Class E airspace throughout the contiguous United States at and above 10,000 feet MSL, excluding operations at and below 2,500 feet above ground level, and when flying at and above 3,000 feet mean sea level within 12 nautical miles of the U.S. Gulf Coast.

The letter further notes that many aircraft maintenance, repair and overhaul (MRO) organizations are reporting near-capacity ADS-B installation schedules, making it imperative that operators schedule equipage soon to ensure their aircraft may continue flying in controlled airspace after Dec. 31, 2019.

Those with questions about ADS-B compliance can contact NBAA Senior Manager, Flight Operations and Regulations Brian Koester at (202) 783-9454.

A new U.S. Customs and Border Protection (CBP) facility at Virginia’s Leesburg Executive Airport (JYO) has recently opened. Those in the industry believe the new facility will provide an alternative option for those clearing customs in the D.C. area and help alleviate congestion at other local airports.

The Greater Washington Business Aviation Association (GWBAA) recently hosted a ribbon cutting and open house which included tours of the first remote air traffic control tower in the United States. The tower was a collaborative effort between the FAA, the Virginia Small Aircraft Transportation System Laboratory, and Saab Sensis and has undergone trials the last few years to evaluate the use of remote technology for non-towered airports.

The CBP facility will be open seven days a week from 6 a.m. to 9 p.m., but 24-hour advance notice is requested for clearance. 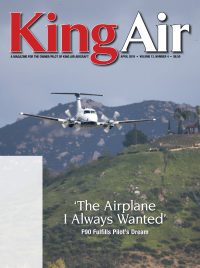